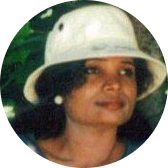 Rethy Devi is a famous writer activist and feminist living in Chicago from India.

One of my greatest pleasures during my childhood days was to travel along with the ‘procession’ of ants as one among them. I spoke with them. I keep this habit still with me. I have been writing since my middle school years I was grew up  in an ancient beautiful greenish village named ‘Thamarakkulam’  (a pond full of lotus flowers) at the southern end of India. Prostitutes, beggars, saints, famous writers, notorious pickpockets, farmers, and communist and congress party workers lived together there. My mother loved to be proud that she could read most of the greatest books from  the world literature. Every night, after household chores, my mother used to scribble short stories, poetries, and articles along with her sorrows in her old pale yellowish diary. This atmosphere was the motivation and energy of my writing.

Although I grew up in a joint family, I liked to sit alone and loved loneliness. Thus I became a good reader. While  doing my graduation, I won the award of ‘Kerala grandha shala sangham’ (State library council) for the best reader who reads the maximum number of books.
I realized that the world is so complicated when I came to the town from my village, for studies. I met old prostitutes, orphans, and lepers. I was a permanent visitor of Nooranad Leprosy Sanatorium, the biggest sanatorium of Asia. My frequent visits gave me many
intellectual friends among the lepers.

After law school, I have worked extensively as a Human Rights Activist with a special interest in police atrocities against women prisoners. I hold another interest in the Rights of Sex workers and gender politics. I have received many awards for my poetry, stories, and articles. I have won many philosophical debates. Received the prizes for the best orator in many intercollegiate competitions. My short story collection named ‘ Slave Dynasty ‘(Adimavamsam) was one of the best sellers in India.
I was an active state member of the All India people Theatre Association, All India students movement, and International Women’s Federation, Living in America ( Chicago). I am pursuing my interest in Freelance writings and Civil Rights Activities. “The Gospel of Mary Magdalene and Me” was submitted for the 2014 Manbooker Prize. This is a book that was completed in a span of ten years after having referred more than 500 authoritative books. Now this book occupies a pride of place on the bookshelves of about 60 countries. In the second-biggest international book festival of the world, The Dubai International Book Fair of 2015, where ten million people came, and which extended to two weeks, this book was released by the Hon. Indian Ambassador Seetharam, by handing it over to the famous Indian writer Sethu. It might seem a coincidence that in the above function, Dan Brown, the author of the book ‘The Da Vinci Code’ was also present.

In addition to this, this book is one of the best 98 books, chosen from the Malayalam language at the Frankfurt International Book Festival, with an intension to translate and to acquaint Malayalam books with world-class literature. This, I consider, is a great honor I received for my novel. I have participated in many international seminars. An important one among them is the International History Seminar in 2015. A paper of mine titled ‘Post-Colonial Feminist and Feminist Identity’ was presented there. Dr. Upinder Singh (daughter of the then Indian Prime Minister Dr. Manmohan Singh) Dr. Margret Frenz, granddaughter of Dr. Herman Gundert, K.N.Panocker, M.G.S.Narayanan, and others had presented papers at the seminar. The fictional Biographical novel titled Just Another Day In Paradise, written by the famous American writer Tom Mathews, New York, based on my life story when I was a Human rights lawyer is available on amazon.com, as well as with the famous book distributors of America, Barners & Noble. There are visitors from 112 countries around the world to my website www.Rethydevi.com.

Our team is driven by your success. Every single day, we’ll support your business and help you to succeed.

When I began to query The Preacher’s Bride, the manuscript was rejected by all but one agent. Even with that one busy agent, my manuscript went into the To-Be-Read slush pile where it languished. However, while waiting to garner attention, I didn’t sit around idly twirling my thumbs. I worked hard during those months and went on to write another book. I kept building my online presence and I entered a number of writing contests. 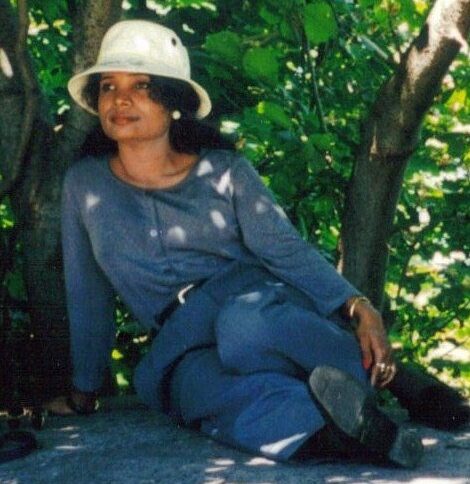