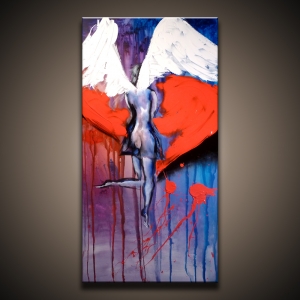 All were getting lost!

Termites with red heads and white stomachs had eaten all the poems written as an escapism while deep melancholies penetrated my mind like thistles.

I had a wholehearted acceptance of the words of a great writer who stated that all the creatures have equal rights on earth, but now I felt hostility towards the termites.

Oh, my God! I wam becoming helpless even to keep my pains!

Most of the books stacked on the shelf had transformed into skeletons. Fyodor Destoyevsky’s ‘ The brothers Karamazov, parts of Story of My Experiments with Truth by Gandhiji, and many others were there. Oh God, had that diary also…?

I had noted my heart whittling past also along with my poems in that diary. Was there anything remaining in it?

As birds incubating their eggs, I used to brood on my sorrows. Those sorrows were threatening truths which did not take the form of poems.

Had I loved my sorrows? Although I did not love them, I was unable to forget them. They frequently reminded me who I was.

I wondered whether those lying in the white stomach of termites are my pains?

I turned the pages of my remaining diary and sat looking at my wounds. Those were some unforgettable Wednesdays!

Where was the beginning? Was it on my twelfth birthday?

As I was sitting along with my friends in the classroom, I felt wetness at the back of my new skirt. I became unsettled. Then small red flowers splashed continuously. It left me totally flabbergasted.

The teacher saw it. She stopped teaching social studies and sent me home.

I cried because social studies was my favorite subject.

Slowly only I understood that my childhood was dying. Some blood drops were the first steps toward restrictions and slavery.

After that, whenever I flew as a butterfly, hurting looks and hooking words restricted me.

It was a Wednesday.

“How many days are left before the examination of tenth grade?” the tuition master asked.

He and I were alone in my room. I did not notice his eyes wandering over me while I was busy learning the lessons he taught. It happened so suddenly… He impulsively took me in his hands and gripped me tightly. With the cruelty of a wolf he bit my soft lips to break them. I could understand nothing for a while. The severe smell of cigarettes overwhelmed me, and blood oozed from my lips…

As I gradually understood what happened, fret and grief rose in me to their heights. I threw the half-filled tea glass towards his face. Pain was sustained in my mind along with numbness.

He left the room with a shabby face.

Nobody in my house knew what happened. What would I say them?

It was my second Wednesday.

It was the day of serpent worship. All family members joined together on this special day.

It was I who used to oil  lamp in the grove where the idol of the God Naga was installed. Evenings in the grove were where I found my solace. It was so thrilling to see the beautiful groves with different kinds of birds, the widespread tall trees and swing-like cords hanging from them.

It was on one of such private evenings I saw the serpents. They were mates tangled with each other; they made hissing sounds. I stared at them for a long time. I did not tell about this to anybody.

Today I was not going to the grove as I disliked the crowd.

The final year examination was approaching fast. It was a necessary ordeal to achieving the degree. Ignoring the low voices from the grove, I merged my eyes into the pages of the textbook.

I did not sense the arrival of Balu, the son of my uncle. I liked him.

He started killing the moments of my study by his mash.

He knew to speak well. It was interesting to hear him. For long time I sat smelling the fragrance of his words. He said, “My Renu, do you know how much I love you?”

His warm lips stuck on my forehead. Thousands of suns rose in my veins. They spread from cell to cell with intoxication and sleepily.

Tangled serpents twitched and danced in the grove.

The bedroom lamp stood shedding dim blue light. My eyes were closed tightly. A chariot with lightning speed took us somewhere, towards the unknown wonders…

As we were soaked in sweat, the rhythms from the button and the music from snake-charmer’s flute from the grove settled.

The serpents separated with satisfaction and love.

“Renu,” Balu kissed me and said. “My Renu should be there with me until the end of my life.”

How many days did I stay in that comfort and love? How was it that a threatening dream broke me up?

In that dream I saw Balu waking up an unknown girl with his lovable kiss. He repeated the same words he said me: “Will you be there with me till the end of my life?”

Shockingly, I woke up with a fearful prayer, “Oh my God, may such things not happen!”

I searched for strength in the loving words Balu had whispered to me. I remembered Balu saying that his birth would have been a waste if he would not have found me. I remembered him being loquacious about the fortune that we could stand together embracing each other.

But this dream was wrecking me.

When Balu finally came to see me, I was solicitous. Why was it he only came rarely now to see me?

“All my dreams about you come true.”

“That is true Renu. Your mind always travels with me.”

“But I had a dream about you Balu. I pray that it should not come true.”

“You and a girl… But it is not only a dream, Balu. Many of my friends have told me about her”

He laughed at me as if he were hearing a joke.

My anxiety increased. “How can you be a cheat when you fill my mind and body?”

He was silent and prepared to leave almost as quickly as he came. What ignorance was this?

“Is it now, after all these things, you cheat me? Is this the reward for my honest  love?”

He tried to leave without speaking a single word.

“Stop and listen carefully: Never come to see me again.”

I had expected him to explain me that all those allegations were misunderstandings. I thought he would tell me he was sorry.

Instead, he said, “No, I will never come again. As you said, I have a relationship with a girl. Perhaps I have relations with more than one woman. What can I do if all those women are waiting for me?”

“How can you be such an animal?”

“I am not the only animal. All men are animals. I saw your flirting with the boys when you came off the stage after reciting for college union inauguration. I swallowed my agony. You were never aware that I was standing near you when you went deep into many friendships. Do you realize in how many places you have insulted me? A prostitute is hidden in every woman. Do you remember what you did with your tuition master when you were a small girl? He told me everything. Don’t force me to describe those things.”

“You scoundrel!” I grabbed his neck with all my strength.

“Was this you understood by loving me? Whether all the men are selfish and womanizers like you?”

I released my hands from his neck. He walked away without mercy.

He never came back again.

My God, that also was a Wednesday!

My wedding was today.

My mind did not plunge into the colors. Uneasiness spread throughout my mind.

Choking strangeness stood at the doors of my husband’s house.

Night came. I sat alone on the soft bed covered with beautiful sheets. Finally, he came.

I could not look into those eyes. I said in a low voice, “I have something to tell you.”

“Tell me, what is it that my wife wants to tell me?”

“I am telling the truth. I had loved one person. His name is Balu.”

“He is the son of my uncle. Please forgive me. Hereafter you will be my all.”

“I had relations with Balu.”

“Will you forgive me? I could not begin my life with you complete purity without confessing this to you. Please say me you have forgiven me. Aren’t you a cultured person?”

The lamps went off. The honeymoon was broken.

Soon, I returned to my home.

Men are a class of people who exploit our weakness when we open and show our hearts.

He did not return to me after my confession of truth.

There is no way can that it could have been any day other than a Wednesday.

Wednesdays were sowing sorrows for me.

Let them sow, but how long and until where?

I was getting fed up.

Couldn’t she stay somewhere here without hauteur and arrogance? She was forcing the people to abuse us.

Father, mother, and brother shot words like tridents towards me.

I felt that the most threatening faces are human faces. I hid myself from all. I was not there in me to hibernate.

I don’t know why, but I cried while tying the knot around my neck to hang myself. But who cut the rope and got me down?

The mark of my pain stayed clearly on my neck. All was being snatched… even my right to die was snatched from me.

My face was not mine when I sat in the room of the psychiatrist.

What did he ask? How old are you? What is the problem? Is there any problem in the married life?

What did I say?

My eyes went to the calendar.

I was thirsty for a Wednesday. Yes, letters metamorphosed as wild animals with long canine teeth. It was indeed a Wednesday.

Termites came out of the moved books and started spreading everywhere. They sprawled on my hands and body. Now I felt love towards them.

I took each of them and examined carefully.

Agonies became black and were lying in their white stomachs. They were my poems. I could neither write such charming poems again nor repeat them from my memories. Perhaps I might remember my poems if I ate these termites. My hands moved mechanically, collected the termites, and put them into my mouth.

They all percolated to my memories and dissolved in me!

My stomach started churning tumultuously. I felt pain as severe as labor pains. I felt as if the back of my waist collapsed. I lied supinely and spread my legs.

I waited for something to happen.

Slowly, through the quarter face of my womanhood, a big termite was born! It was as big as a human child.

I turned my head and looked at it.

The sleeping black in its white stomach was clearly visible.  My agonies! 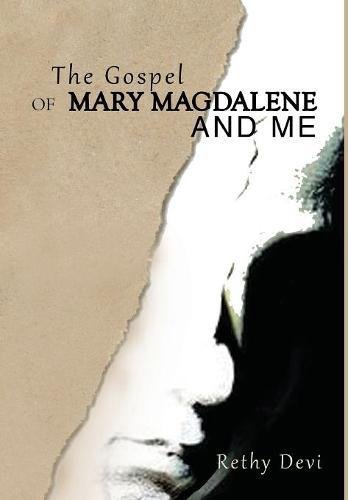